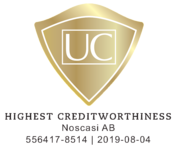 The story of the Dalacarlian Horse

How come that a painted wooden horse became one of the most famous symbols of Sweden? And why did we choose to make that particular horse our own?

Follow us on a short trip through the history of the Dalecarlian Horse.

Horses have been painted and drawn all over the world, and toy horses are common but none is as widespreador as well-loved as the Dalecarlian horse, or Dalahäst as it is called in Swedish. The ancestors of the present-day Dalahäst were first carved back in the eighteenth century in tiny cabins set deep in the forest. There, during the long winter evenings, the woodmen would sit by the fire after a hard day ís work felling and clearing the forest. Many whiled away the time by carving toy figures for the children back in the village.

And, naturally, they carved horses. For them, horses were of inestimable value. Not only was a horse a faithful family friend, but it could be used to haul heavy loads of timber through the winter woods and work the fields in summer. The horse pulled carts to market and took the family to church and let the children perch on its big broad back. In short, the horse was the pride and joy of the farm. Many carved wooden horses from Dalecarlia have been preserved in museums and in private collections.

The carving of Dala horses as a livelihood is thought to have started in the village of Bergkarlås in central Sweden, though the nearby "horse" villages of Risa, Vattnäs, and Nusnäs were also centres of horse-making. The villages were involved in the art of furniture and clock-making, and it is likely the leftover scraps of wood were put to use in the production of Dala horses. Many early Dala horses were not painted at all, but in the beginning of the 19th century painting them in a single color, white or red, became common practice. The decoration of the Dala horse has its roots in furniture painting and was perfected over the years. According to a local tale, a wandering painter in the style of kurbits came across one of these Dala horses in a farm he was decorating. When asked by one of the children why that horse was not as beautifully painted as the ones in the decorations, he painted the Dala horse in the same style. This tradition was then carried on in order to raise the market value of the Dala horses.

The earliest references to wooden horses for sale are from 1623 - nearly 400 years ago.

In the 1930s (especially after the World's Expo in Paris 1937 and World's Fair in New York 1939 in which Dala horses were shown) mass production of Dala horses started. This marks the beginning of a new era for the Dala horse, transitioning from toy to a national symbol and popular souvenir.

The Dalecarlian horse of today is still a handcrafted article, made of pine, and its pattern is about 150 years old. At least nine different people contribute their skills to create each horse. The distinctive shape of the horse is due to the usage of flat-plane style carving. 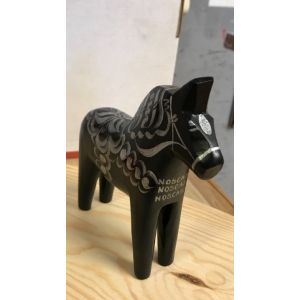 Send us an email and we can assure you a reply within 24 hours.